So having done some recent reading on how bad the conservation situation is in Southeast Asia-whole forests are empty of animals larger than mice.

I decided I would make a thread for why this sort of thing is.

My postulation is quite simple-in Asia and Africa, due to cultural reasons that are deeply ingrained and irrepressible-concern for animals going extinct is very much not a thing.

Southeast Asia: At the heart of wildlife trade - Wildlife Trade Report from TRAFFIC 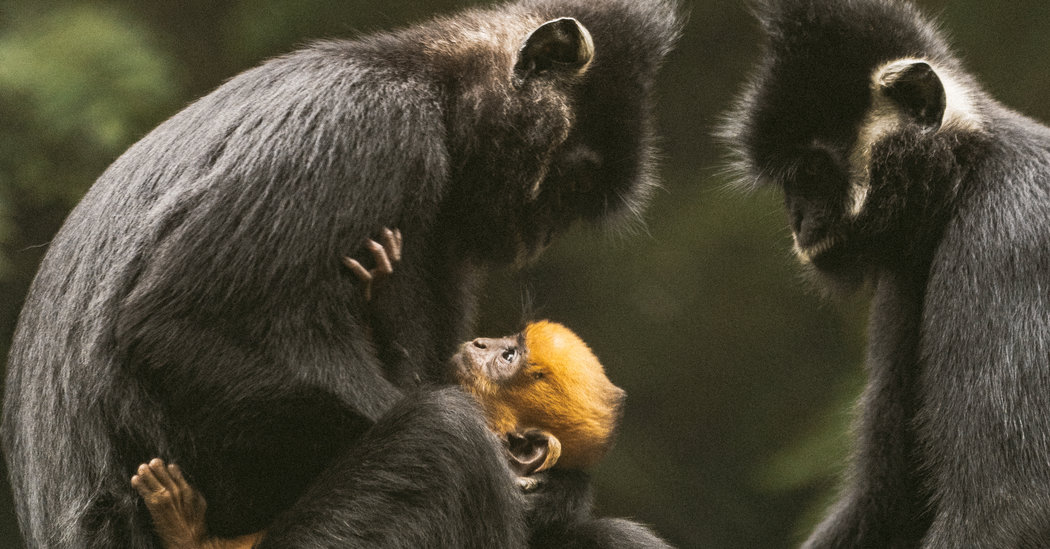 The Asian nation is a hot spot of biological diversity, but local and international conservation groups are struggling to halt what amounts to animal genocide.


Why is this? Even in Africa there seems to be more local initiative for environmental concerns.

I hold to the notion that in Asia ideas that the environment or earth as anything more than something to extract from never took off.


This may be changing, at least for westernized young people in these countries. But perhaps not fast enough. For many species who will go extinct without intervention.

As a general aside, I do think we on the right should be concerned about the environment. After all, what is conserving, but a shortened form of conservatism? The earth is not infinite, and animal life has value outside of what it can do for man.

But that’s just my philosophizing.

But TLDR: Situation very bad in Asia for the environment. Due to the culture and the total indifference of the local population.

Tiger bones are believed to increase virility, ivory is a sign of wealth. Rhino meat is something you invite your business colleagues to lunch for.

The WWF and other such organizations, while I have concerns about some of their more misanthropic attitudes at the higher levels, do no doubt good work at the ground level. The problem is that without the support of the population locally, they will only delay extinctions and just make the locals resent them and buy more wildlife products. Local governments also likely see these western organizations as interlopers who make doing business harder and get in the way of revenue and development.

In the west you will find few people who don’t at least pretend to care about the environment. But plenty of disagreement about how do to so. In Asia, outside of younger generations who just now are getting exposed to western ideas about how exterminating tigers so you can get an erection at sixty might be bad no one really seems to care.

Social status, wealth are more important. You might say this is where the west was in the 19th century, or earlier. As the environmentalist movement is only a little over a century old. If historical trends were to replicate-we’d need to wait to 2100 for a generation of Asians to care about the environment. By which time-if it isn’t all gone, it will be empty forests everywhere.

This is perhaps one of the greatest crises in terms of the environment worldwide.

I would be in favor of evacuating endangered species to the west-either in zoos or preserves. Both live specimens and DNA samples. Even over the objections of local governments.

Also and this is a really hot take-if there was ever an argument for imperialism in the 21st century, it would be for the environment. If Asia and Africa can not protect their environments, wildlife, and nature than the west should do that for them.

Fundamentally I would argue the major issue for the environment worldwide is the west cares. Even CEOs that would pave over Yellowstone have to pretend to care. That’s where our culture is at over it. And that to me is a good thing. The rest of the world is not anywhere close.

And that my friends is why some cultures are frankly more enlightened than others.
Last edited: Jun 13, 2020
W

If I had to guess, the speech and activism restrictions in China are a big factor in clamping down on environmentalism. South-East Asia in general is pretty diverse, but also has a lot of authoritarian cultures/governments and the environmental situations are not identical.

It seems like environmentalism is a really healthy outcome of free speech and public discussion, and really dangerous to the CCP as it ties into Party objectives involving economic growth and stability, so the lack of public environmental discussion is making the "folk medicine" problem going out of control.

I think there’s also the village economy/central government dichotomy here. The village tradition with its folk medicine, can be seen even in modern Asia with status symbols-“i managed to order tiger meat, a rare delicacy, now what was it about that contract?”.

The central government can crack down on wildlife trade, while at the same time taking part in it or looking the other way so long as money is to be made.

So you have a class of relatively poor poachers and trappers, and rich people who buy their products.

And yes lack of democratic debate is a major factor.

But that’s not something you can change with environmental laws or activism.

The Jaguar market is a really weird one. A South American animal being used in Chinese medicine. The funny thing is that they don't even use it in a recognizable form, the poachers render the Jaguars down into a paste. If you wanted you could round up stray cats, render them down and make a killing selling it to the Chinese. Hell you could even sell it in a recognizable form, "baby jaguars, even more potent than the adults!".

In terms of global conservation issues, I think a big part of the problem is the lack of a surviving hunting culture (which generally includes a sense of animal conservation to it) added to a proliferation of rural arms. So you get a lot of random farmers, herders or villagers just wandering around with assault rifles and taking pot shots at anything that moves without even thinking about it. Like, seriously, I asked one of these guys once in the Middle-East, he said it was for bears. There hasn't been a bear seen in that area for three hundred years! You hear the same thing in SE Asia, "it's for tigers".

What makes this particularly stupid is that predators avoid humans. There was a study done where they put trackers on Jaguars in the jungle and then planted speakers that let out the sounds of humans. The Jaguars would intentionally go out of their way to avoid where they thought humans were. Because humans are the real super-predator.

I legitimately do think if we want to intervene before these species go extinct/waiting two generations for Asian countries to develop a concern for the environment-imperialist measures such as safe zones and extracting species from environments where they are not safe should be used.

I know its imperialistic and paternalistic, some might call it racist-but I do care about animals and the environment. And what better way to use western power than to protect them.
G

Yinko said:
The Jaguar market is a really weird one. A South American animal being used in Chinese medicine. The funny thing is that they don't even use it in a recognizable form, the poachers render the Jaguars down into a paste. If you wanted you could round up stray cats, render them down and make a killing selling it to the Chinese. Hell you could even sell it in a recognizable form, "baby jaguars, even more potent than the adults!".
Click to expand...