Fantasical Animals And Where They Come From! (Zoology Map Thread)

ALLLLLLLLLLLLLLLLLLLLLLRIGHT THEN! So then, I got an Idea, we take an animal, and we'll either cross breed it, or it somehow ends up elsewhere! From Hippo's in the Amazon, to Crocodiles in the Danube, New Animals in New Places! I'll obviously go first! 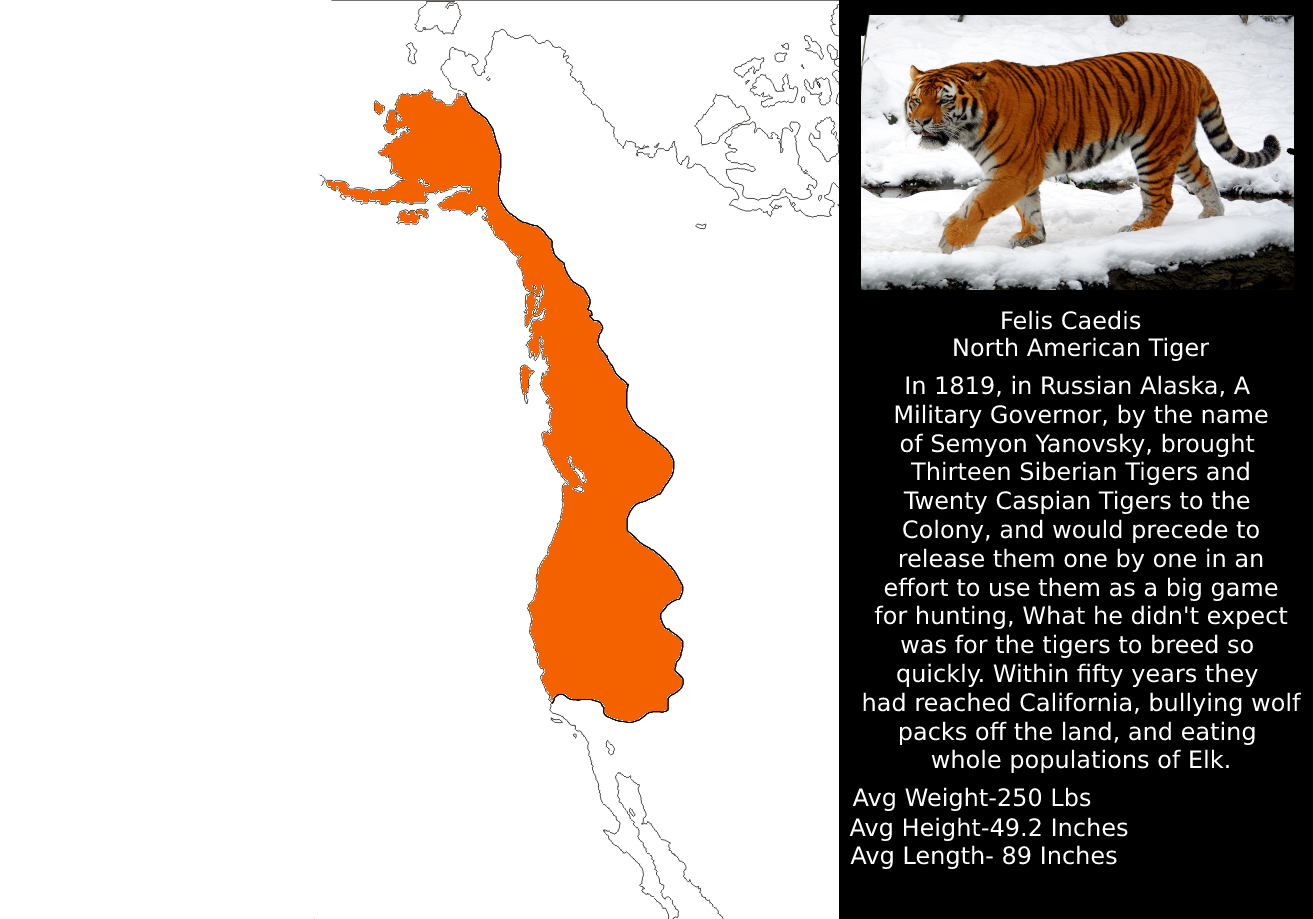 Wonderful little Cat I thought up whilst browsing the Siberian Tiger. I like to think of it being split between three subspecies, A desert Tiger, more in tone with the Caspian Tiger, and a Nocturnal Hunter. The Coast Tiger, being a tiger more into getting fish, but still up for a good fight! and then Finally the Tundra tiger, sharing more with their Siberian Relatives. I'll probably update the image as time goes, but that was the best I could make with such little time. I've got to go to work!
You must log in or register to reply here.
Share:
Facebook Twitter Reddit Pinterest Tumblr WhatsApp Email Link
Top Bottom