Friends, welcome. To the PM: I am incredibly proud to see us all here. I could not sit by as we experienced the crushing of a community over that totalitarian tendency which demanded the silencing of free speech. A lot of you gents are young and grew up on an increasingly totalitarian internet in which your voices have steadily been denied, and you fought back with humour and memes.

HPCA—I am an old friend and I am honoured to reconnect with any of you who join. I especially encourage anyone from HPCA to repost their fiction here and get a wider audience. We need a new place to freely be creative and discuss a positive future when we have been ordered to embrace nihilism by the culture around us. A lot of you experienced veterans of life would be very welcome and I think your wisdom appreciated by those in the PM.

All: We are starting a grand experiment to hold the line against the night and refuse to allow voices to be silenced. We will surely have trouble, but if we follow that principle we shall ride safe through the storm!
D

I want to add that I am incredibly honoured by the opportunity to make this forum. Sometimes in life one must stand for a higher thing than the material world, must suffer material loss for spiritual gain. I saw how the members of the PM, and my friends, the mods who ran it, were wronged by the mob, chased by those "bongos" who wanted to impose a totalism of thought upon a literally twenty-year old community which is deeply socially important for all on it -- I really do think I was called to act. What I promise you all today is to be unflinching to the limit of my resources to protect your free speech and free association here. I swore an oath to protect these -- and today I feel like I am living it in a way appropriate for my place and station in life. We live in a moment and era in which independent thought is at a premium and the tendrils of totalitarian conformity extend even into something as humble and innocent as science-fiction fandom.

But they will not come here.

As one of the 'youngest' PM members, what does HPCA stand for?

Someday we will win, no matter what it takes.

I don't think it's a PM thing. I certainly don't recall that phrase meaning anything.

It's another community that @Empress_Zoe is part of.

To all our future members, this place where those of us who stand for more than the deadening totalitarianism of groupthink. Here is an oasis from all that and a refereshing place to unwind here on the internet. Welcome to all those who support these goals.
Last edited: Aug 17, 2019

Don't Look Back In Anger

Nerevar going to let you down

It is nice to meet you too @Punch Card Girl I hope we can all become good friends here, or at least on good terms. Though, I am the sort who wants to be everyone's friend.

Many times in the PM, the idea of starting a new forum with capable leadership and reasonable rules was floated around. Each time, I spoke out against it. I did not do so because I thought a new forum was unnecessary, but because I thought it was destined to fail. The age of the discussion forum is over. Where there were once vibrant communities on the internet, there are now social media giants and their faceless, anonymous masses. I've seen old discussion boards die out. I've seen new discussion boards created with the best of intentions, only to wither on the vine or migrate to chat apps.

We did not build this forum because we wanted to, but because it is necessary. There is a sickness sweeping the western world. It is a bigotry that calls itself tolerance, a groupthink that calls itself inclusiveness, and a paranoia that calls itself understanding. It is times like these when we need freedom of speech more than ever.

I am still skeptical of this forum's chances for success. As soon as this forum goes live, we're going to get trolled, brigaded, and slandered. We're going to have to overcome a reputation we didn't earn.

But maybe I'm wrong. Maybe this forum is the start of something new, a vibrant community that will endure. If ten years from now, someone wanders through the archives and reads this thread, these words will come alive again.

Whoever you are, I am glad we succeeded. You have no idea how insane these early years have been.

They'll try. I trust the mod staff we have.

most forums fail, but we need this. It might be just the right thing to work

I like and trust the staff and the general philosophy of free speech and discussion.

Slowly pokes my head in and looks around.

Do you have Cheeseburgers like the old joint did?

Sailor.X said:
Slowly pokes my head in and looks around.

Yo, 'das my cousin! What're you doing here, Tex?

Nerevar going to let you down

Wouldn't you rather do it like a snake? So you can eat the same cheeseburgers over the course of a month?

Hlaalu Agent said:
Wouldn't you rather do it like a snake? So you can eat the same cheeseburgers over the course of a month?
Click to expand...

But then people can't play the kool Jaws music as I move in for the strike.

Sailor.X said:
But then people can't play the kool Jaws music as I move in for the strike.
Click to expand... 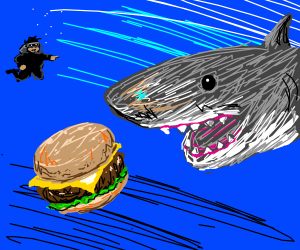 Howdy do! I'm Poohbah on HPCA. Heard about this place and decided to join.